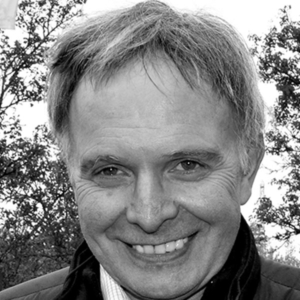 Daniel Berckmans has a master’s degree in Bio-Engineering and a PhD in ‘Real-time model-based control of biological systems’. He works at the Catholic University of University of Leuven for 40 years now. As a full Professor he headed for 25 years the research Division M3-BIORES (Measure, Model and Manage Bioresponses), Department of Biosystems, Faculty of Bioscience Engineering at the Katholieke Universiteit Leuven.

His main field of research is the development of real time algorithms to monitor and improve the life of individual humans and animals. He is a co-author of over 300 scientific articles, 400 papers in conference proceedings, member of 64 Ph. D commissions in 9 different countries and was promotor of over 200 Master theses. He made written research agreements with over 48 research teams worldwide.

Since 1982, 19 products were developed for the world market in co-operation with industrial partners. He is co-inventor of 20 patents. He coordinated several EU-projects with the last one counting 20 partners plus 20 farmers with a budget of 8 M euro. Within this project 4 new spin-off companies were started in the field of Precision Livestock Farming.

Daniel is worldwide considered as the spiritual father of the field of Precision Livestock Farming: real-time monitoring of animals with technology: microphones, camera’s and sensors.

He initiated the first European Master’s in Human Health Engineering at the KU Leuven: technology for monitoring healthy people. Daniel is the co-founder of 3 spin-off companies: BioRICS NV in 2006,  BioRICS INC in San Francisco in 2016 and SoundTalks in 2011. Reuters has named KU Leuven the seventh most innovative university worldwide in 2020 based upon the 135 spin-off companies that KU Leuven has started. KU Leuven is the highest ranked institution outside of the United States in innovation.

Daniel legally had to retire (65 years) in 2017 as a Full Professor but is still teaching and supporting research at KU Leuven, is part-time professor at the University of Tennessee USA and works in the spinoff company BioRICS NV. BioRICS develops and sells technology for real-time monitoring of humans and animals.

Daniel became a member of the recently started prestigious Scientific Council of WFO (World Farmers Organization), who represent over 1 billion farmers in 191 countries and have selected ‘15 top scientists worldwide to provide them with scientific advice’.