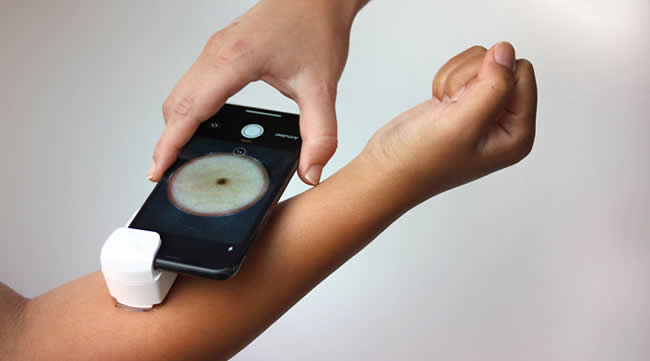 For Philips’ Frank Dendas, who speaks about ‘The hospital without patients‘ at the 5th Conference on Digital Health 2019, remote care and telehealth enable to increase the quality of healthcare, while improving the experience for caregiver and doctor alike – all in a more financially sustainable way.

We zoom in on telehealth, remote care and mHealth in later interviews with some of the many speakers at the event. In this interview extract keynote speaker Prof. Dr. Leonard Witkamp, who will talk about the collaboration between 1st and 2nd line care around the patient, at our event on September 5th, makes the case for telemedicine.

Telemedicine with a remote supervision approach

Leonard Witkamp is a Dutch telemedicine pioneer. He is the founder of Ksyos, that has realized quite some success in The Netherlands, and works as Professor in Telemedicine at the Department of Medical Informatics of the Academic Medical Centre in Amsterdam. Witkamp started his company since, when he still worked as a dermatologist.

Leonard Witkamp: As a dermatologist, I was really bothered by the fact that a major part of my work consisted of routine work and low complexity care which I could easily hand over to others.

So, when I still worked in a hospital, I taught others to do these relatively simple care tasks which enabled me to focus on those patients needing specialist care: patients with complex issues, socially weak patients, acute patients and patients needing multidisciplinary care.

Yet there was still a high degree of low complexity care and I simply couldn’t handle it all. Gradually I started to feel like a production machine. That’s why I stopped being a practicing dermatologist and decided to realize my vision. I was convinced that if I could remotely supervise others, I would be able to do a major part of my job.

The Netherlands has a gatekeeper system with many general practitioners. By launching Ksyos I wanted to be able to remotely supervise those GPs – the gatekeepers – so they didn’t have to physically refer patients to me and the dermatologists I worked with. The GPs only had to provide some basic background on the patients and their conditions and send some pictures along. It turned out that in 80 percent of all cases patients didn’t need to come, simply based upon those pictures and the basic information.

It only took about two to three minutes for the dermatologists to look at each of those cases and there were no waiting lists. You can imagine what it meant that only 20 percent needed to be physically referred.

GPs also started asking for advice about patients they normally wouldn’t have referred physically. And sometimes we would find a lesion that raised the suspicion of a melanoma which of course we had to immediately refer to the hospital. So, it was better care in all senses.

Next, you expanded your activities to ophthalmology, mental health and more. How did that go?

Dermatology was indeed just the start. We expanded our activities to ophthalmology because the situation was even worse there. Many patients only came to the ophthalmologists for routine controls, for example retinal screening for patients with diabetes mellitus.

The waiting lists for these controls were very long. So, we started to monitor diabetic patients in retina pathology on diabetic retinopathy (DRP) and within three years we did this for about half of all the diabetic patients in the country. Here it’s the optometrist or the optician who has the proper machinery to take those screening pictures and the ophthalmologist, who would otherwise have to see these patients, does the remote supervision. Next, we took it a step further and extended this to other eye conditions such as glaucoma, cataract, macular degeneration. Today we work with over 200 ophthalmologists and 600 optometrists, taking care of the major part of the routine, low complexity care.

A next step was mental health were again we saw that in secondary care all clinics were overcrowded but many people simply needed support and weren’t severely ill. So, here we started with a triage system to decide whether a patient could just get some support from family or rally needed to go through secondary care for more severe conditions or symptoms. The patients that didn’t really need this more specialized and dedicated help could stay in primary care with the GP who then was supported by either a psychiatrist nurse or a psychologist whom in turn were supported within a blended care system that enabled the patients to deal with specific issues to handle their diseases themselves with those paramedics. This has been successful too, with now over 4 million Dutch citizens having access to these programs. And today we also offer solutions for in pulmonology and sleep research.

Healthcare is a complex ecosystem with many intermediaries and stakeholders. Essentially you are transforming the ways low complexity care is done in all these areas. Moreover, you involve others more actively, for instance GPs and optometrists, and you reduce the interventions needed by specialists and hospitals. That requires a serious change of mentality and of existing practices. Is the mentality and the care system in The Netherlands different and ready for this?

The care system is an important factor. In the Netherlands we have the mentioned gatekeeper system but there’s more. You can indeed imagine there are many thresholds in changing the way of working for everyone involved, health insurance companies, health workers, anyone.

However, the arguments are so convincing that even those who are reluctant in the end can’t deny the benefits and that’s what we clearly see in The Netherlands. I’ve always said that, in order to make our telemedicine approach successful it needed to be fun for everyone we involved in the chain and that’s what helped overcome reluctance.

Let me give you a few examples. In dermatology it’s fun for GPs to take the pictures themselves and not having to refer to the patient. And the reason why it is fun is because there is also a tremendous learning effect for the GP who gets the answer and advice in one day instead of having to wait for months for a letter from a hospital regarding a patient they referred when there are long waiting lists. So, there’s an instant learning effect.

Another example is ophthalmology. Patients get sent to the optometrist who really likes to be involved in this process, has a lot of knowledge but was neglected before. Medical specialists have fun because they don’t have to deal with routine tasks and low complexity tests or other activities for which they really weren’t schooled and they can play a remote supervising role, fully leveraging the expertise they do have. So, fun is a major part.

However, it’s clear that the local situation and organization of care is a crucial factor in overcoming the hurdles to enable a similar telemedicine approach. While dermatology has been very successful in The Netherlands it would be much harder to implement in Belgium and the reason is simple: there are way more dermatologists per capita in Belgium so anyone goes directly to a dermatologist. So, it’s highly influenced by the way the system is set up.

However, the disruption is inevitable because the simple truth is that in the end the customer, the client, the citizen, the patient will become more and more powerful and choose digital care.

The forces that slow down healthcare transformation

The digital and empowered consumers who want convenience and actively manage their own health are often cited as one of the main drivers of transformation indeed. What is the main force that slows down or even obstructs change in healthcare according to you?

The healthcare system is the most obstructing factor in the sense that the system wants to keep the system. The big promoter, on the other hand, is the individual. If I talk to you as an individual, you completely agree with me but once we start talking and thinking in terms of the system the resistance and doubt start.

You start getting objections and questions such as “OK, I see the benefits, but will my hospital go bankrupt?” or “What about my practice?”. Health insurance companies say, “We already pay so much with powerful hospitals and won’t pay extra money for these new initiatives unless hospitals effectively are less involved in care overall”. Politicians say, “Great but we decided that the health insurance companies are the one to get all this in place”. All these kinds of questions.

I compare the current situation a bit to that of the banks in 2008. They all were bankrupt but played such an important role that they were kept alive with the money of taxpayers. That was a good decision but now they are going bankrupt slowly.

And I think that the health system will also be kept as much and long as possible since it’s so important but it’s not sustainable. And that’s why I’m convinced that without any additional support, all hospitals will be bankrupt in 2030.