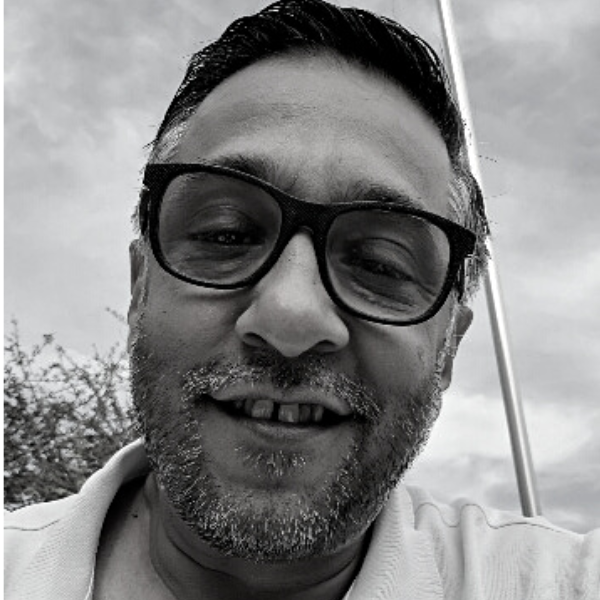 What’s the highlight of your career so far?

“It isn’t one particular role in an organization, but more the fact that I think I can do something that no one else on planet earth can do. You see people doing it in films, but you never imagine someone being able to do it in real life. People think that successful sales are intuitive and based on self-confidence. That’s all rubbish. I believe it’s a precise, repeatable science. It’s like mathematics – there is a formula. And I arrived at that formula many, many years ago, and have used it ever since.”

Do you have proof of this skill?

“I do. I did my first ever sales training over 20 years ago now. And at the end of the meeting, the group said to me, “look, you’re just a trainer, what you say won’t work in real life.” And so, I said to them “give me the name of a large organization that won’t work with you. All I need is the switchboard phone number. And in front of you, I will make a cold call with that organization, and I will identify who I need to talk to, and then talk with that person and have a conversation with them for half an hour. I will understand their business and plans and set up an appointment with a highly qualified person.” And the group said to me: you can’t guarantee that. And I said “yes, give me a name.” Anyway, they gave me a name, and in front of them, I called the company – it was a large media corporation – and spoke to the CIO for half an hour and set up an appointment. Now I make that cold call at the end of every sales training I do and you know what … I’ve still got a 100% conversion rate on those calls.”

What is the secret formula?

“You want the formula? It’s 8 words: ‘seek first to understand then to be understood’. This is something you really must do every time you talk to someone, especially in a sales and negotiation situation. You will no doubt be tempted to do what you usually do, and that is to prepare, pitch and push with your 10 to 20 PowerPoint slides and cross your fingers that you got it right and that someone is interested in what you have to say. That does not work.”